Changing to a vegan lifestyle is a sweeping trend at the minute and there seem to be 3 reasons I see people do this;

1)They believe a vegan “diet” will help them lose weight. Firstly, if you stop eating animal products and don’t replace these calories with something else, of course you will lose weight. The reason however, isn’t that you’re necessarily healthier, it is simply because you’ve created a calorie deficit, which you could have done without cutting out any food groups.

2) It’s a trend. This reason is probably more popular than you think, other people are talking about it so I’ll give it a go, the same way I gave keto a go when it was trending and the juice plus etc etc. It simply won’t stick and when you’re motivation dwindles old habits will creep back because such a major lifestyle change requires a certain level of commitment and effort.

3) Moral reasons. This one in my opinion, can’t really be argued with. If someone doesn’t want to eat animal products because they disagree with the breeding and ill treatment of animals for human consumption, a meat eater cannot argue. Anyone has the right to feel this way and to believe there is no humane way to take the life of an animal who wanted to live.

The main concern with fitness and veganism is consuming enough protein, and finding protein sources which contain all amino acids including the 9 essential amino acids. Someone who has previously eaten meat will have some work to do here to make sure their intake is high enough, without also going overboard on overall calories. 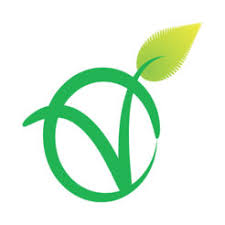 Just a glass or two!

Subscribe here and receive my FREE e-book containing all things health and fitness, tips and tricks, plus my favourite recipes!

Thank you for your subscription!